For the last 10 years I have worked both as an author and an editor. After securing a degree in Creative Writing from Griffiths University, I discovered that I was a better editor than a writer, however as luck would have it I found that the more I edited, the better a writer I became.

My style is casual and some say quirky, my stories often told tongue in cheek.

As an editor I worked on various genres from memoirs, school year books, international adventures, war stories and even website texts. All have been most enjoyable.

Recently, I had begun the formatting and publication of a client’s memoir and, having forgotten how to set up a manuscript for print, I thought to use one of my own stories that had been languishing ‘under my bed’ for three or four years. Teapots: The Fifth Husband is the result. It is a story of love, competition and shenanigans in a retirement home in Cairns.  It is humourous and sometimes a little scary as the antagonist, Joan Holloway-Potts-Jones tries to pry her intended fifth husband away from a previous love. No holds are barred while this red-headed amazon of a woman does her dastardly best to win him over.

I was born in the UK but have lived in Australia for 36 years, have two grown sons who are respectively professional tennis and pickleball coaches. It is through them that I learnt the game of pickleball and subsequently brought it to Cardwell where I have lived now for 12 months.

take a look at Gabi's book 1 -  Teapots the Trilogy 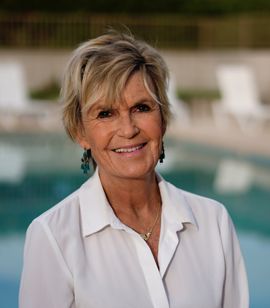