Since 1978 David has produced a vast quantity of work consisting of oil on canvas, and oil on paper, as well as pencil drawings.

David completed his education in Ingham and auditioned for and was accepted into Seven Hills College of Art, the Premier Art College of Queensland.  He did not complete the 3 year course due to a severe illness.

Since 1978 David has produced a vast quantity of work consisting of oil on canvas, and oil on paper, as well as pencil drawings.  His works include – Domestic and Religious Abstracts; Portraits; Landscapes; Surreal Fantasies; and Conceptual Nature Studies.  David also enjoys commissioned works which have included over a dozen large murals for several organizations.  Experimenting with new ideas is a stimulating pastime which he finds beneficial and fulfilling.  Within his region, David has been fortunate to find a successful market for his paintings, which range in price from $300 to $5,000.

In the past, David attended MacGregor Summer School of Art at the University of Southern Queensland, as well as many Australian Flying Art School Workshops.   During 1989, David travelled extensively through Europe to further his art education and appreciation.

David's work is currently hanging in the Flinders Gallery in Townsville, as well as in private collections throughout Australia, the United Kingdom and the United States of America.

In 1997, David began teaching art to the students of several primary schools, as well as tutoring to small groups from my home.  This tutoring has included teaching art to intellectually impaired adults from Endeavour Foundation.

In 2002, he attended a mural workshop in Tully under Malanda artist, James Baines.

David has had many Exhibitions and won many Awards since 1986. 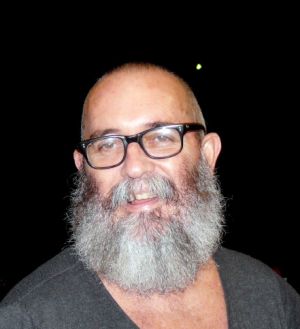