Home > About > Cardwell School of Arts: the History behind Cardwell Gallery

The Cardwell School of Arts 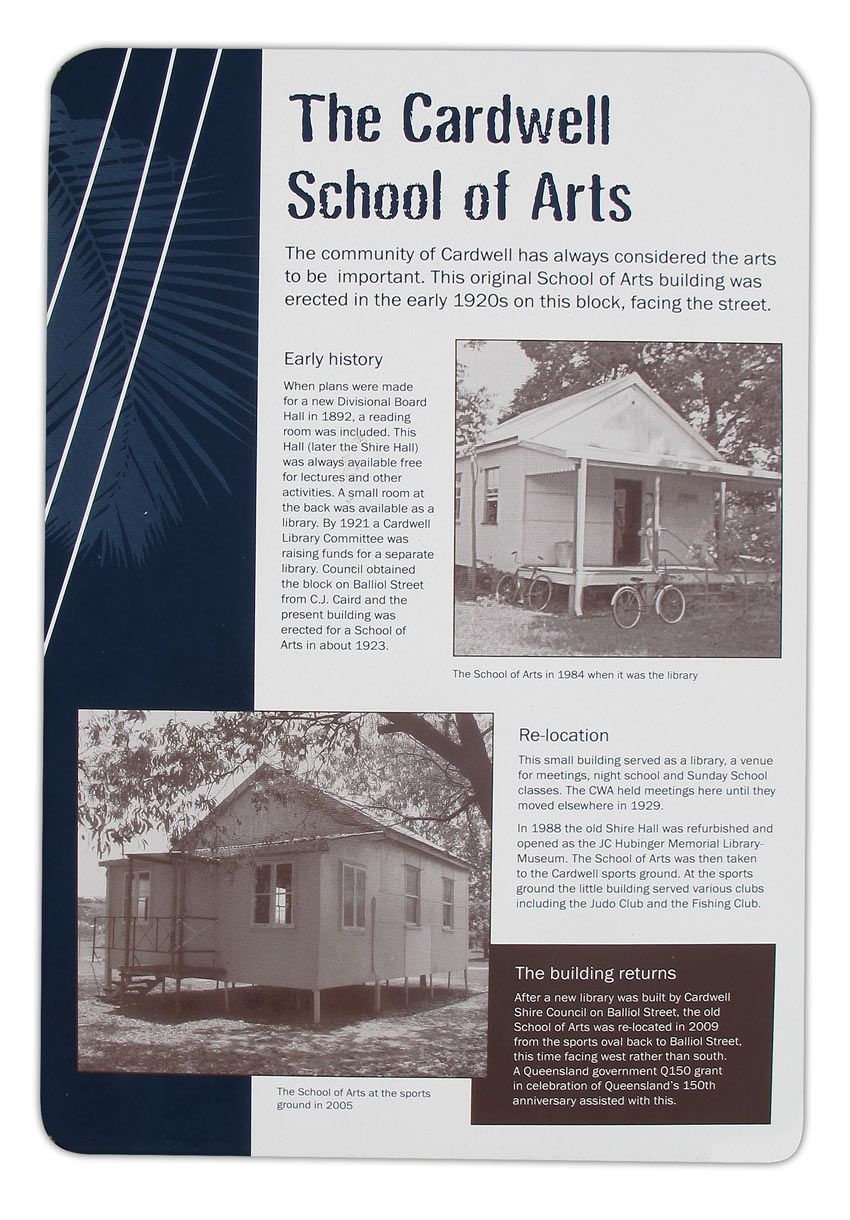 The community of Cardwell has always considered the arts to be important. This original School of Arts building was erected in the early 1920s on this block, facing the street.

When plans were made for a new DivIsional Board Hall In 1892, a reading room was Included. This Hall (later the Shire Hall) was always available free for lectures and other activities. A small room at the back was available as a library.

By 1921 a Cardwell Library Committee was raising funds for a separate library. Council obtained the block on Balliol Street from C.J. Caird and the present bUilding was erected for a School of Arts in about 1923.

This small building served as a library. a venue for meetings. night school and Sunday School classes. The CWA held meelings here until they moved elsewhere In 1929.
In 1988 the old Shire Hall was refurbished and opened as the JC Hubinger Memorial Library-Museum. The School of Arts was then taken to the Cardwell sports ground. At the sports ground the little bUilding served vanous clubs including the Judo Club and the Fishing Club.

After a new library was build by Cardwell Shire Council on Balliol Street, the old school of arts was re-located in 2009 from the sports oval back to Balliol Street, this time facing west rather than south. A Queensland Government Q150 grant in celebration of Queensland's 150th anniversary assisted with this.